"The Games of Today...Make Me Feel All Badass" 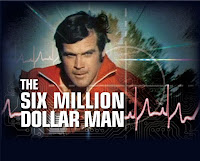 Michael Mele, gamer: a man barely able to play on the normal difficulty setting...Gentlemen we can rebuild him ...We have the technology... We have the capability to make the worlds first gaming man...Michael Mele will be that man... Better than he was before...Better, Stronger, Faster...The Six Million Dollar Gamer!

Some of the features they add to games nowadays can really make you feel like a badass...which I personally love and I'm very thankful for...especially since I suck.
For example, the aim assist feature...whomever came up with this one needs to be given an award of some kind...because this is freaking fantastic. I am someone who, when playing games that require your character to shoot ends up looking like a spaz. I can never seem to hit the target...even if the said target takes up half the screen. I just don't know what it is, but I can't seem to do it. That is why I personally love the aim assist feature, because all I have to do is hit the aim button...squeeze the trigger...and rinse and repeat. I'm capping off mofos like nobodies business...I'm making Rambo look like Elmer Fudd.
Next is the respawn feature, now back in the day we had lives, when they were all used up it was back to the beginning you went. But now we just respawn...over and over again...it doesn't matter how many times you die, you just respawn again. Why I love this feature, because once I face an enemy enough times I start to learn their patterns. So eventually I'll respawn and walk into the room like Jason Statham mixed with a little bit of Dirty Harry, clean house and walk out untouched...showing off my swag and making all the bitches jelly.
Then we have checkpoints and automatic saves...which work great for an old timer such as myself because I forget to save my game a lot. Back when there were no checkpoints,,,when you ran out of lives that was all she wrote...you had to restart the whole mother trucking level again...and trust me, it wasn't fun. As for automatic saves...no such thing...our saves, if the game had them, were comprised of a twenty plus character code, and there was no rhyme or reason behind it...just a bunch of gibberish. I can't begin to tell you how annoying it was trying to decipher if it was an "I/O" or a "1/0" in the code...very frustrating.
In-game maps and quest markers that actually show you where to go next...we never had that crap...we could get lost in a game's world for hours before finding out what we had to do next. We used to pray that one of our friends would figure it out and let us in on the secret...but every once in and while you had a friend who would talk crap and rub your nose in the fact the he/she figured it out and you didn't plus they wouldn't tell you how to do it...to get them back we would fart on their school lunch when they weren't looking and watch them eat it up.
Finally, the graphics...oh aren't they sweet. You can actually tell if something is an enemy or just part of the scenery without having to refer to the manual for clarification or risk dying trying to figure out. I can't believe people actually complain about the graphics...all our games looked like they were put together from Legos...granted throughout time and the advancements in technology the games did start looking better...but nothing like what we have today.
I'm telling you, this technology makes me feel rebuilt...like a badass...like the Six Million Dollar Man baby! It really amazes me when I hear this generation of gamers complain about a game from this generation...these gits just don't know how good they have it.
MJM