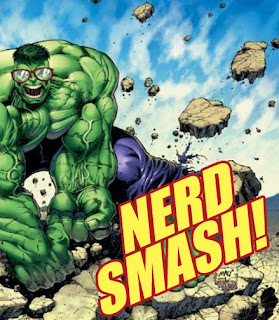 I was playing the Legend of Zelda II: the Adventures of Link on the NES when I died in one of the temples. Talk about bad checkpoints, when you ran out of lives in this game, you started back at the palace and had to travel all the way back to the temple you were at and start the whole thing all over again.
I had my NES on top of my TV then, and there was no such thing as wireless controllers. I got so frustrated that I threw the controller to the floor and with it being tethered to the system the NES came crashing down to the floor with it.
I jumped up out of my seat and ran to it as if it was a baby that had just fallen. Thankfully Nintendo builds a durable systems so it was OK, but every time since then I made sure my NES was on the floor instead of being up high to avoid making the same mistake again. What can I say, I was young and dumb back then, I didn't know what I was thinking. All I knew is that the NES was as important to me as my sister's Cabbage Patch Kid was to her, I even kept it in a diaper just in case it had an accident. Nintendo must make their systems out of the same alloy that Wolverines bones are made out of, because just like Timex, it takes a licking and keeps on ticking.
Nowadays companies seem to be going the cheaper route...and when it comes to technology going with the cheap version is never a good thing, it can only lead to frustration. Now food on the other hand is OK, Marshmallow Magic is just as good as Lucky Charms and half the price.
It's actually kind of odd, I don't nerd rage nearly as much as I did back in the NES/Super NES days. Now I just think it's funny when I die and I don't take it nearly as serious as I once did. I would say it's because I've matured but that would be a straight up lie, I'm still mentally a child. Don't get me wrong, I can still nerd rage with the best of them, but overall the fits have simmered a lot.
I'm sure it's because NES/SNES games are generally more challenging than modern games, with a somewhat limited saving capability augmenting that challenge to the point of cheapness. I just feel more relaxed playing games today, because they aren't as frustrating and "cheap" as they used to be? I laugh when I hear people complain about games having bad checkpoints, poor controls or being too hard, I say try a game like Ghosts and Goblins on the NES then get back to me. Old school games were cheap...one punch from Tyson and you're down for the count all because your timing was off....stupid cheating Punch-Out.
Have you ever watched a new school gamer nerd rage...that crap is scary...like Linda Blair in the Exorcist scary.
Most of us gamers have smashed a controller or two in our day out of frustration while playing a game, which I’m sure plenty of us here can attest to. As far back as I can remember though, I have never, nor have I known anyone for that matter, who’s done anything really all that severe out of frustration over a game. These young gits of today however, are something else, I’ve been watching my young cousin play Call of Duty online the last few days and when he gets killed he acts like a madman, he turns into a regular Tasmanian devil. I’ve seen him freak out to the point where I was fearful he would have a heart attack if he didn’t calm down. When I watch my cousin play I could really use a blow gun with tranquilizer darts, for his safety and mine.
MJM