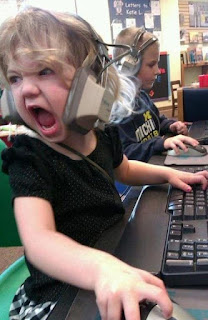 Sorry for the profanities...but I am somewhat perturbed at Sony right now.

I just found out that two of the upcoming titles for the PS4 are going to be a new installment in the Killzone and InFamous series (both look awesome by the way)...Killzone and InFamous are two of my all-time favorite Playstation brands...so one may ask, why so glum chum...and my answer would be, because I'm not ready to hangup my PS3 and/or shell out half a grand on a new console....especially when I know these games could have been released on the PS3.
Oh and I also heard that Diablo 3 is coming to the PS4...which is another game I wanted to play but couldn't because I didn't have a high quality gaming PC...life is so unfair.
Now I know I should just run right out and buy the PS4 and a high quality gaming PC...so the terrorist don't win...but stupid life has already staked claim to all my money...I'm tapped like a keg at a frat house. I've even tried taking up pole dancing...I figured since it helped so many young women work their way through school, that it could also help me raise enough money to purchase a PS4...but I'm way too awkward...every time I jumped up and tried to wrap my legs on the pole I fell flat on my back.
Just another hard day in the life of a G (which stands for gamer for all you noobs out there).
MJM
Posted by Michael J Mele at 5:15 PM