“Please Help This Noob, I Think I'm Facing a Form of E-Peer Pressure”

I was playing Call of Duty multiplayer a few days back and right when I was about to sign off and call it a night I received a message.

After investigating it a little…only because I didn't recognize the person who sent it…I found it to be someone I just played with.
Now it was a voice message, so I made sure no one was around when I listened to it because I figured it was someone about to go off on me for sucking really bad and ruining their life.
Once the room was clear I played the message and strangely enough it wasn't someone going off on me…it was someone who seemed to have sucked all the helium from a balloon right before recording it…asking me if I wanted to join a "boost lobby". 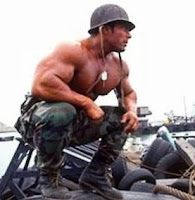 I wasn’t exactly sure what a "boost lobby" was and if I should have been concerned…I picture it is the equivalent of taking e-steroids or some other kind of performance enhancing drug…but I just wasn’t sure.


Did I do the right thing by alerting the proper authorities and forwarding him a link to the "this is your brain on drugs" commercial? I thought about even calling in McGruff the Crime Dog to take a bite out of this cyber-crime…but I figured that would be overkill so I passed on it. 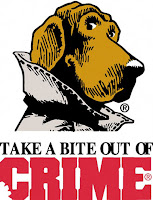 Someone told me it was a form of cheating…a way to rank up your player without actually playing the game the way it was intended to be played…a quick and easy way to unlock everything in the game.
Now I know I'm old…and even a little short bus…but I just don't get it…why do that? To me that sounds extremely boring and a waste of good gaming time…besides why would I cheat…so I can have an asterisk by my name in the record books like Mark Mcgwire…no way man…not me…no how!
I guess the bottom line is if we're going to play games like Call of Duty online we need to learn to live with it or move on. Granted it does suck but we all know bitching about it doesn't help…well that's not entirely true…it does keep us from walking into a McDonalds and going postal.
MJM
Posted by Michael J Mele at 3:46 PM