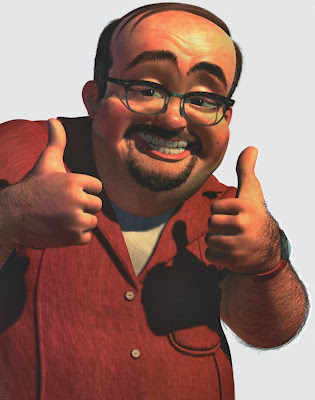 As a nerd it goes without saying that I do nerdy things, like for example collecting toys.

Now based on my age, I’m sure most of you would believe when I say “collecting toys” that I’m referring to those of an adult nature; you know the kind that vibrate and such.

Well truth be told, I am not, I’m talking about the kind that you would find next to the Teenage Mutant Ninja Turtles and Hot Wheels in your local Walmart store.

Besides, adult toys are more for the women anyway, like Barbies and Cabbage Patch Kids are, sure you won’t find an adult toy coming with its own birth certificate or pink corvette, but you get the point.

As long as we men come equipped with kung fu grip we will always be ready for battle, well maybe not battle per se, but at least a round of speed drumming.

Anyways, I used to collect anything that struck my fancy, mainly because in a way by doing so I felt the king of the mountain.

What I mean by that is this, when we were younger we were at our parent’s mercy, if they felt it was more important to pay the light bill rather than pick us up a G.I. Joe Defiant playset then we had no other choice but to except it.

So now we can buy whatever we want, forget food, I’m heading to the toy aisle, and I’m not settling for those cheap knockoffs either, the ones that are named for what they are, like for example Military Men and/or Transforming Robots.

I’m making it rain toys baby, sure I’m living under a bridge, but as long as I got my action figures (and don’t you dare say dolls) it’s all good and I’m as happy as a redneck who just heard his parents say in the delivery room, “It’s a girl”. 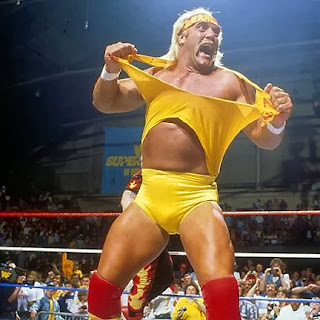 Throughout the course of my collecting it has changed many times, like I said prior I used to collect just about everything, then I only collected variants and female figures with the hopes of turning a profit and coping a feel on some lady plastic parts (which are just as good as the fake real things), but now I collect just what I like.

What I like, well I’m a Hulkamaniac brother, and no I don’t mean the washed up wrestler with straw hair who eats his vitamins and says his prayers, but rather mean green himself the Incredible Hulk.

My house could be a museum to him; I have his movies/televisions shows, toys and all kinds of other crazy goodies all over the joint, I’m giving Boston’s Fenway Park and their “big green monster” a run for its money.

Green with envy my ass, my place is green with Hulk, and I’m as proud as a homosexual who is here and who wants others to get used to it. There’s no shame in my game baby, I “marvel”ous and I know it.

If I’m out and see an Incredible Hulk item that I don’t have, and sometime do have depending on how cool it is, I get all giddy like a kid on Christmas morning and I have to buy it. I can’t help it, common sense flies out the window and my wallet flies open.

I feel bad for the cashier when it comes time to pay, because she needs to be extra gentle with it and it must be bagged all by itself, kind of like if it was fine China or a dead body I was trying to hide.

I thank God that the Hulk isn’t as popular as say Spider-Man and/or Batman, because if he was I would stay broke trying to keep up my collection. 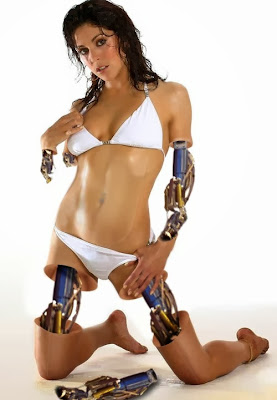 I’m a robot fanboy, every time I would see one in my favorite movie and/or television show I would squeal like a little girl and/or a stuck pig.

They just make me feel all warm and fuzzy inside, like a bad case of diarrhea and/or that feeling you get when you’re about to score for the first time.

I even love the dance, if wasn't rhythmically challenged I would be showing off my moves on every dance floor I came across, but noooo, I had to be born a honky.

They didn't have to be all robot either, some human parts and/or mannerisms were alright, but only if they were more machine than man, a robotic limb and/or suit wouldn't constitute one being a robot…not hating, just saying.

The robots didn't even have to be all badassy either, they could be a complete wuss and I would still love them like a fat kid loves cake.

Like for example Data from Star Trek, Johnny 5 from Short Circuit and even the most embarrassing one to admit, Vicki (or V.I.C.I.) from Small Wonder.

And of course the dynamic duo of droids, R2-D2 and C3PO, they are like the Skipper and Gilligan of the robotic world. 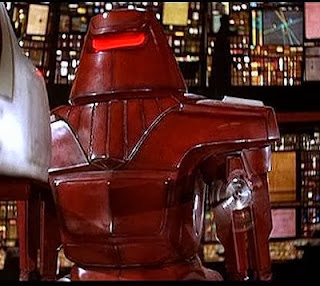 Now don’t get me wrong, being able to kick buttocks wasn't a bad thing by any means, the more fleshy mofos getting their butts handed to them by the machine the better…rage against the machine my foot.

Like Robocop from his self-titled flick, Mechagodzilla from Japan, and of course the most mechanical ass-kickers The Terminator/ T-1000 from Terminator 2: Judgment Day.

One of my favorite movies as a kid was The Black Hole, and not because it was a particularly good movie, but because it had some really cool robots in it like V.I.N.Cent and Old B.O.B.

But the main reason I loved that movie was because of Maximilian, the original can of whoop ass, no book will ever stop him bitches.

I even loved the cartoon robots, and not only the obvious ones like The Transformers either, I was a fan of Rosie from the Jetsons, Roboto from He-Man and the robotic party animal Bender from Futurama.

I even liked the movie Robots, now if me being in my late 30s and loving an animated kids movie about robots doesn't show you how big of a fan I am of theirs, than I don’t know what will. 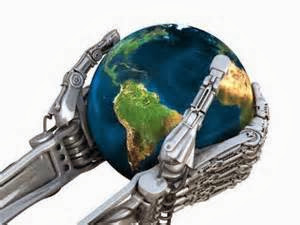 Some honorable mentions would be Bishop from Aliens, GlaDOS from the video game Portal and the ever so frantic robot from Lost in Space…danger Will Robinson.

So many kick-ass machines in the world of entertainment, the list can go on and on, but for the sake of time I will forego listing them all, just know that they are out there ready to take over the world.