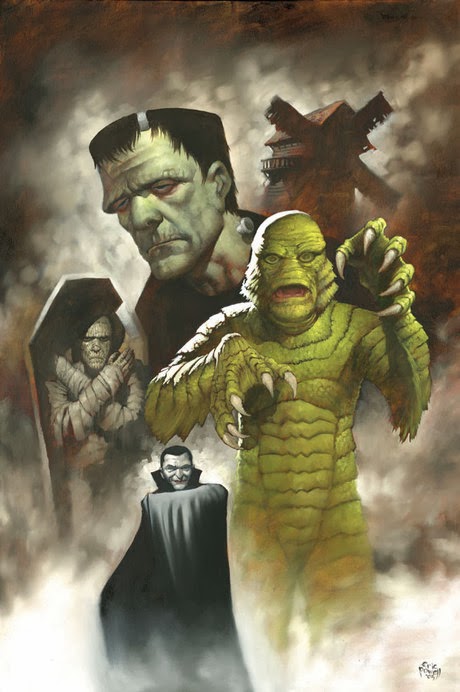 Monsters, we have plenty of pictures of them (all out of focus of course), and everything we know about them (which isn’t very much) we learned from Hollywood, but all in all we don’t really know who they are inside, what makes them tick and why they feel the way they do.

I compiled a list of questions for the various monsters that we have come to know throughout the course of our lifetime, these are things that I really wish someone would ask them if the opportunity ever presented itself.

A way to get to know them better if you will, because trust me people, they will be a whole lot less scary if you knew who they were as a monster, and not just judge a book by its cover.

1. Do dragons light their own farts for fun?

2. Does Bigfoot go around bragging about his shoe size to all the ladies trying to impress them?

3. Do zombies pull off their appendages like some kind of parlor trick, hoping to be the life of the party?

4. Does the blob complain about having to pay for two seats on an airplane, or does he just suck it up and take it?

5. Does the invisible man have bad hair days?

6. Do unicorns feel sad because the only hat they can comfortably wear would be a dunce cap?

7. Do aliens, the outer space kind not the illegal kind, involve the anus in their sexual escapades, or is it strictly for probing?

8. Do robots do the robot dance, or do they find it offensive?

9. Does medusa believe the whole “beauty is only skin deep” thought process, or is it, “She’s here! She’s hideous! Get used to it!”?

11. Do werewolves give other werewolves cute pet names like Fido and Rover, or would such names be considered insulting?

12. Is it possible for Frankenstein to make it through airport security in time to catch his flight?

14. Does the grim reaper celebrate birthdays, or is it against his religion?

15. If the mummy ever ran out of toilet paper while handling his business on the pot, would he use his wraps to clean up the hole, or just go around with pudding still left in the bowl?

16. How pissed would The Phantom of the Opera be if he tried out for American Idol and he didn’t get chosen to go to Hollywood?

17. Do Evolutionist believe that Godzilla evolve from King Kong?

18. Is there such a thing as midget giants?

19. Do ghosts ever watch the living have sex and mock and ridicule them and their technique?

20. Does the chupacabra hate the fact that his name literally means to “goat sucker”, or has he just come to accept it?

22. Is the Hunchback of Notre Dame depressed, is that why he hunches, or does the poor bastard just have really bad posture?