“If I Was a Superhero” 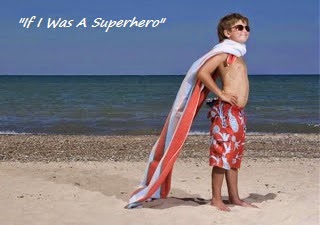 As a kid, after watching shows like Batman and Superman on TV I would pretend to be a superhero, needless to say I was very easily influenced, there was no “my kid in on the honor roll” bumper sticker on my mom’s car.

I wore my underwear over my pants, well let’s be honest here, I wore them over my mom’s old pantyhose that I was sporting at the time, and no I wasn’t a cross-dresser I was just trying to get into character.

I attempted to tie a towel around my neck as a cape but my head was too big, so I had to use a bed sheet instead.

The end result looked nothing like a cape and more like the train on a wedding dress, and so between that and the pantyhose, my parents got worried and sent me away to one of those camps for the confused and curious, all with the hopes of scaring me straight if you will.

Now some kids pretended to fly by jumping off of the couch, to me that was child’s play, because I used to jump off the roof. 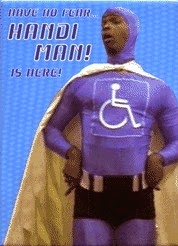 For a split second it did really feel like I was flying, and crashing really hard, and truthfully I didn’t feel all that super while I was lying there on the ground crying out in pain with my legs twisted up underneath me like a pretzel.

When I grew up I was hoping to be a real life superhero, I dreamt of being someone like the Incredible Hulk or even Captain America, even if it did require a little exposure to gamma radiation or some time on ice.

However, in all reality I knew I would have ended up like Ralph Hinkley “The Greatest American Hero”, the Toxic Avenger or even more appropriately, Handi-Man “In Living Color.

I also knew if I did in fact become a superhero I wouldn't have a cool power like super speed or super strength, which come to think about it having those two powers together would scare the poop out of me when it came to masturbation…just saying.

I would have some lame power like the abilities of a can opener, or be able to shoot lasers beams out my anus, which I guess would come in handy when the doctor tried to stick his digits up my kiester while “checking” my prostrate.

I mean c’mon the bastard has been doing this since I was seven, you would think if there was something to be found up there he would have found it already.

I must admit though, it would be a really good thing if I didn't have the powers of invisibility and/or x-ray vision, because I can just imagine all the trouble I would get into and all those sexual harassment suits I would find myself in as a result of it. 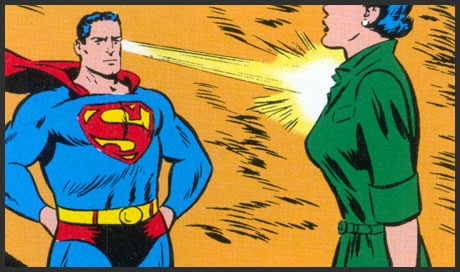 And when it comes to my superhero costume it wouldn't be something cool; it would be just like the clothes I wore growing up, which consisted of hand me downs and “good finds” at the local thrift shop.

My outfits were made up of last year’s fashions and in very rough shape, shoes kept together by duct tape and crazy glue, need I say more.

My hideout wouldn’t be something cool like the Batcave or the Fortress of Solitude, I would have a shopping cart and a cardboard box on the side of the road, and my secret headquarters would be the dumpster behind the 7-11, which I would be able to access just by moving the drunk homeless man who was passed out on the side of it.

My weakness would be rent; and other various bills, they would render me powerless and slapped with evictions and final notices. 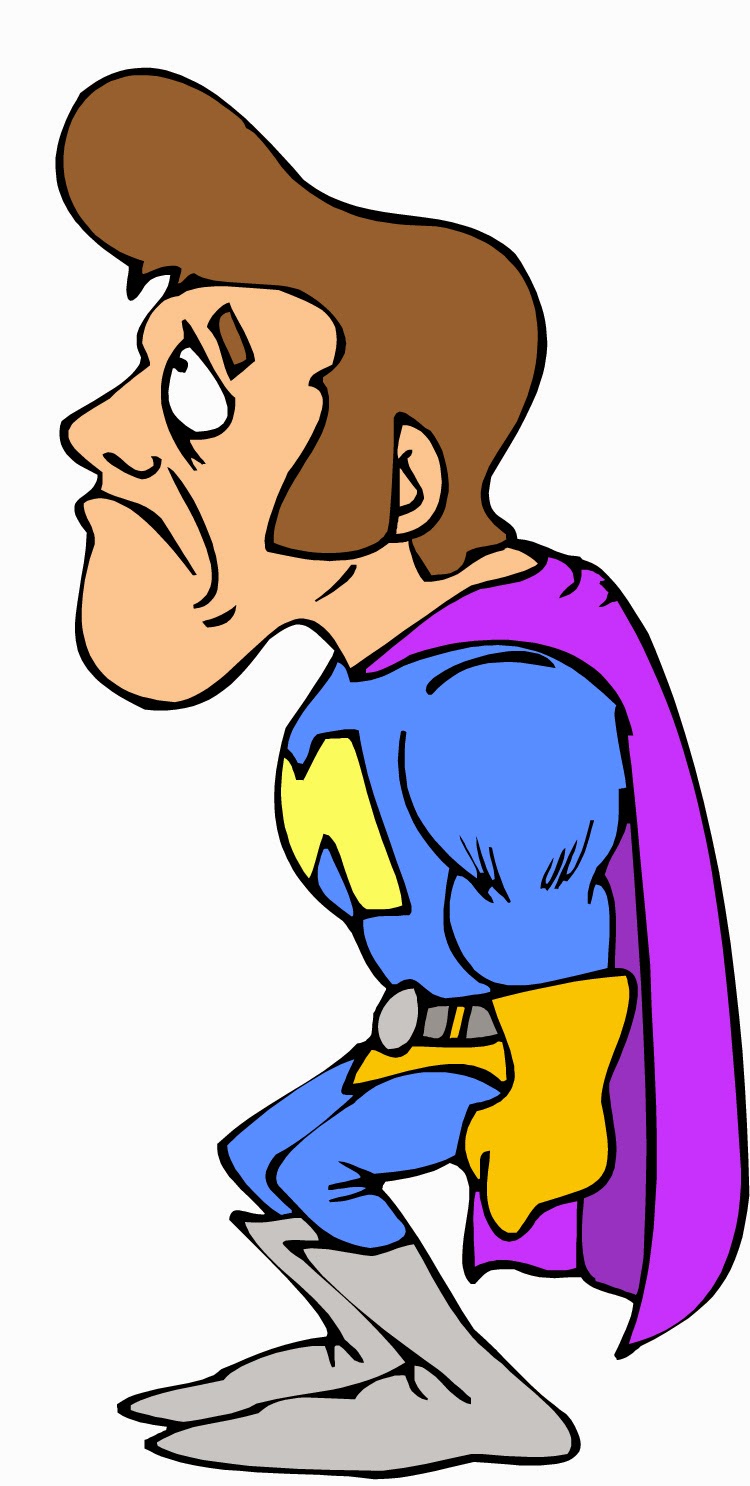 I would kind of be like Wonder Woman, but instead of having an invisible jet, I would have invisible money that I paid them with to get them off my back.

My archenemies would be made up of “the Landlord”, “Mr. Bill Collector” and “some woman I had a one night stand with and impregnated who I was now trying to hide from”.

I would be so lame that I wouldn't have any fan pages of Facebook; I would have them on MySpace, there would be no thumbs up in my future, which is unless I was hitchhiking due to the jalopy (aka the Mele mobile) I was driving breaking down.

My ultimate goal was to be a superhero, but unfortunately with life, and my luck, I became a superzero instead of a superhero.

Oh boy do I have a treat for you cyberpeeps, my good friend, and fellow kickass nerd Ruth (otakubookworm0) is here. She’s about to lay the smack down on Hollywood because of how they portray female characters in their movies…this is going to be good! So sit back and relax and get to reading people, trust me you won’t be disappointed. And when you’re all done, go show her some love on her Facebook page (facebook.com/ruth.garcia23).

Hi, y'all. My name's Ruth and I'm here to talk about things we all hate: Michael Bay movies and what's wrong with the world today...but wait! It's not what you think.

So my husband and I went to see Transformers last night. I was super excited to see a couple with a little girl next to us; the girl looked about 6 or 7 years old. Nothing warms my heart more than seeing girls get excited about robots and cars and "boy stuff", so I was giving that couple some mad props (in my mind, of course, who wants some random weirdo congratulating them on badass parenting at the theater?).

The movie fires up, and my brain turns into dormant mush for ~3 hours from the overload of sexy cars, explosions, slo-mo,"witty banter" and OMG Optimus Prime, but a few things stuck out to me, even in my passive state.

I loved the movie. I became a kid again, and gasped and cheered and smiled and got my $12 worth from my slice of Hollywood. BUT!!! there were a number of things I found downright not okay with this film.

After the movie was over, I dragged out my soap box and dusted it off, tossed some ideas around with my husband, and called up the indomitable MJM to see if he'd let me bend your internet ears for a few (more) paragraphs (I'm not what I'd consider a feminist, or an alarmist of any kind, so I won't be using subjective words like "moral corruption" or "outrage", just so you know).

Annnnnd, without further ado or nonsense, here's my 5 cents. Mild spoilers for Transformers: Age of Extinction below, if it's possible to spoil a movie such as this. 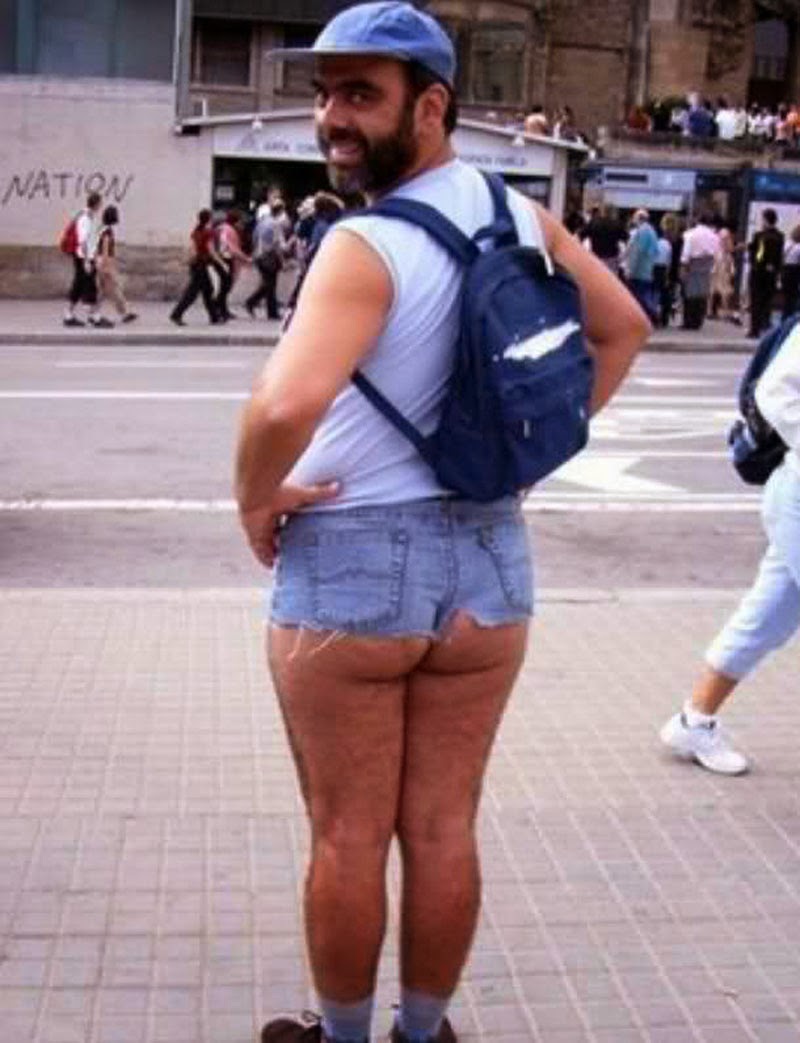 The daughter character was absolutely everything wrong with young girl characters. Yeah so she's wearing short shorts, and whining at her dad, but why is she so WIMPY? She's been waiting for someone to save her, her whole life? Except when it comes to choosing a boyfriend her dad will hate, and supporting said boyfriend in two (only two in a three hour movie!) clinch moments. She takes damsel in distress straight back to Super Mario's Princess Peach. Except when she's defying her own survival to argue with her dad while swinging on a cable 50 stories above ground.

Way to show our little 7 year old what real girls can be like in a crisis.

There was a samurai Transformer this time. 'Nuff said. At least Ken Watanabe voiced him. Why do all the Chinese people mysteriously know martial arts? (My husband brought this up, and I agree.) Although, the secretary's badassery went a long way towards making up for the awful and insipid daughter.

Mark Wahlberg's character repeatedly called the Irish boyfriend "Lucky Charms". Not funny. Especially since Markie Mark's character is from Texas, where hey, I guess it's okay to use casual racial slurs as humor. Par for the course, along with his terrible parenting skills.

His character also uses 'bitch' as an insult, a number of times. E.g. "You're not gonna bitch out on me, are you?" While I get we're trying to prove that this guy's balls are the size of his home state, can't we use a slightly more gender neutral insult? It's 2014. Bitches can (and do!) kick ass, and I don't just mean the female dogs.

What did our 7 year old girl go home thinking about, when the movie was over? F@$*ing OPTIMUS PRIME RIDING A FIREBREATHING TREX ROBOT. But besides that... That it's okay for her to graduate high school and lie to her dad about dating when he told her not to date? That she doesn't have to be smart, just let someone else save her? That her dad can insult that same boyfriend as long as they both laugh?

There are a hundred other things that I "lovingly" picked apart with my Transformer fan friends, but these things stuck out to me as the type of things we shouldn't be seeing in movies today, especially movies that we want to take our kids to. If we want to make our culture better, we need to get rid of the thinking and attitudes that make these slurs and insults commonplace. Noticing them, and making sure we don't just wave them off as "oh it's just a movie" can go a long way. We need to be better than this as Americans, and as humans. What does the world think of us when this junk gets screened around the world? It shames me, when I think of it. We should speak up about it. Change the way we talk and the assumptions we make. Maybe when art imitates life, next time, we can get something a little better for our 7 year old.

And once in a while, can we get a heroine in a summer blockbuster who makes smart choices while wearing chic clothing? The two aren't mutually exclusive.

If you made it to the bottom of this post, you're a champ. Thanks for reading my rant, and I hope I have inspired you, just a little, to challenge the status quo in your own life and thinking. And if you feel my ideas are too oldfashioned or nonsensical? Sorry, but...get off my lawn before this bitch delivers an oldfashioned ass kickin'!