I have a guest on my blog today who surprisingly wishes to remain nameless, so like in the movie Ghost where Patrick Swayze was holding Demi Moore as she sat at the pottery wheel so is the case here, except we’re blogging.

This person wants to voice their opinion in regards to The Walking Dead’s mid-season finale, they want the world (and the show’s producers) to know just how pissed they are that (spoiler alert: The Walking Dead, Sopranos and Breaking Bad) Beth was axed from the show while some less than desirable folks are still alive and kicking.

To Sir Elton John, we need a new Candle in the Wind song, because no offense to Marilyn Monroe and Princess Diana but we all know that Beth Greene is the only blonde who really matters.

Sit back, relax and enjoy…

"Why we should stop watching The Walking Dead"

I became a Walking Dead fan begrudgingly. Last year my partner and I, like much of America, took up the pass time of binge tv watching. We went through the great shows, like Breaking Bad, Game of Thrones and House of Cards very fast. We tried The Walking Dead but quickly understood why the early reviews were mixed. The premise was great but the first few episodes felt very subpar, mainly due to the poor acting and unlikable characters. We gave up.

Due to overwhelming feedback that the show had really turned into an A level show, we decided to give it another chance. Many great stories begin in the middle. We decided to skip Season 1 and start a few episodes into Season 2. We were pleasantly entertained. We continued watching and became invested in great, new characters like Maggie, Hershel and Beth as annoying original characters like Lori and Shane were killed off. 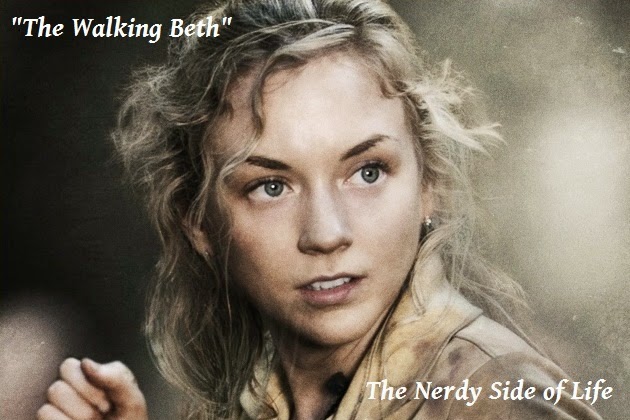 I understand TV ratings and shock value. It's part of The Walking Dead fiber to kill off seemingly safe, major, characters. Hershel's death was sad but it fit. The story was decent and he met his end at the hands of The Walking Dead's greatest villain so for. Even for characters that aren't likable, like Lori, the show did a good job maximizing the emotional impact of her death.

It's clear Beth's death was done for Mid Season shock value. Many of us, myself included, cried... due to the loss of a great character, not a great story. The shoddy, thrown together storyline was made worse with weak, unbelievable, characters. Beth, if she was meant to go, deserved a storyline on par with Adrianna from the Sopranos or Hank from Breaking Bad.

I am not a Walking Dead head. I don't read the comics and I don't watch the Talking Dead. I count myself among the fans that watch the show simply for the amazing characters and good stories. Carol is clearly the stand out character on the show. The episode where she had to shoot the little girl is one of the best acted, written and most affecting TV episodes of any TV show I've ever watched. Her transformation has been believable and mesmerizing. She has the potential to achieve Walter White / Breaking Bad status. Daryl, the fan favorite, is also a great character. Ironically, one is dead and the other doesn't exist in the comic but, I digress. This isn't a note about how the show should let go of the comic and cut, dice and burn it's own path.

Carol and Daryl are the bad asses. Maggie and Beth rounded out the emotional core of the show. They are the ones with the easiest emotional connection. Now that Beth is gone its clear Maggie is going to lose it. Can the show survive?

Finally, I know the reasoning that will be given for killing her was to create great story lines and character development for the remaining characters. You probably congratulate yourselves on the bold decision. If you really want to shock and create emotional waves to carry the remaining characters for not just episodes but seasons, kill Rick off. Lori and Shane have been waiting for him for over a season now.

For the fans, sign the petition to bring Beth back.

Well there you go, one man’s plea to bring Beth back. You know it’s not totally out of the realm of possibilities here; look what they did on Dallas back in the day when everyone was trying to figure out who shot J.R. 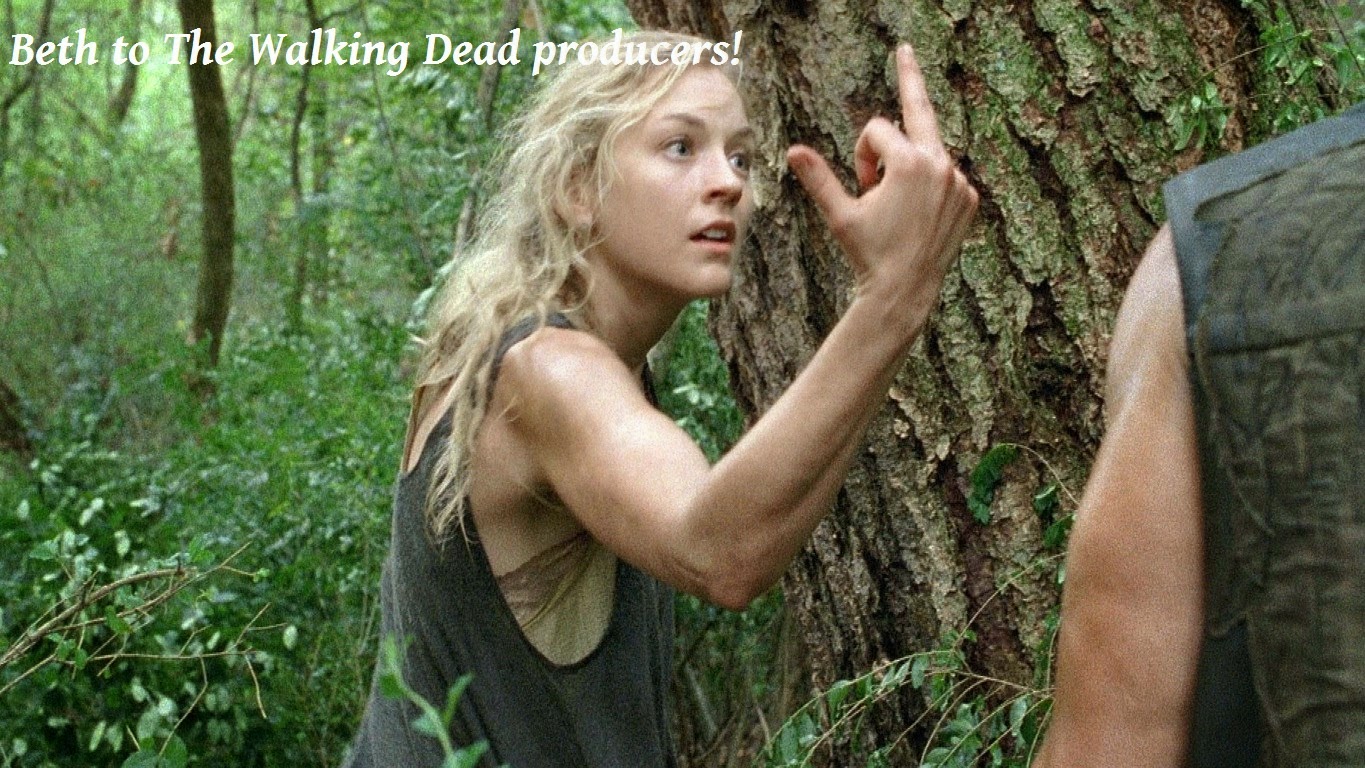 When Beth wanted to die the producers weren’t having it, then when she wanted to live they kill her off in the worst possible way imaginable, with some screwball cop who didn’t know her ass from a hole in the ground blasting her in the head as if it was one of Gallagher’s watermelons…what a cruel world we live in.