“It Is Better to Be a Clone than in Bad Company” 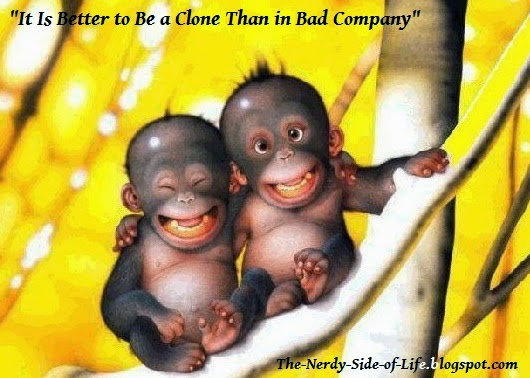 I’m somewhat of a loner, not by choice so much but more so because most people think I’m mentally disturbed, and that is why they are afraid to hang out with me, at least not without some form of protection like a rock or a very sharp object.

So with that said I have always dreamt of the day when I would have a partner, a soulmate if you will.

Someone I could totally relate to, like say a clone, not a clone like Mini-Me though, because I would really hate to have to toss him in the dumpster with all those other unwanted mini-hims/hers.

I’m not really sure how it would happen.

Maybe I come across a barrel of toxic waste that is lying around for no apparent reason whatsoever, and due to my own negligence I fall into it and out pops my clone, like in the comics.

Maybe I get captured by a demonic copy machine from another dimension, and for some morbid reason it gets off on making copies of me. It would use those copies to fulfill all its perverted sexual pleasures, like refilling the paper trays and jamming the toner cartridge into it hard and deep.

Maybe some crazy scientist uses me as his Italian Pig (that would be guinea pig for all you laypeople out there) for an experiment which results in my clone.

No matter how it goes down the bottom line is it happens and I am in heaven because there is finally a person who completely understands me and who isn’t afraid of me possibly snapping into a Slim Jim and losing my shit.

I don’t know if said clone would be my evil doppelganger, or my best friend, but either way I would love him as if I had my own set of lady parts and popped him out myself.

We would do everything together, happily pounce through flowers while holding hands in slow motion, take long walks on the beach at sunset and even if the occasion calls for it, break the law and go on the run like Thelma and Louise.

However, if we do end up getting caught by the fuzz he is on his own.

I would drop the dime on him so fast he wouldn’t know what hit him; I would make Henry Hill look like a saint when I’m done spilling the beans.

I wouldn’t do this out of hate, but rather because I’m overly sensitive and not a big fan of getting hit in the shitter from some massive inmate who’s in the joint for murder, not hating on anyone it’s just not my thing.

Now if he was to get the chair as a result of our crime spree I would be right there by his side, at least up to the point when they pulled the switch, because after that I’m out like a belly button, never to be heard from again as if I was gerbil at Richard Gere’s. 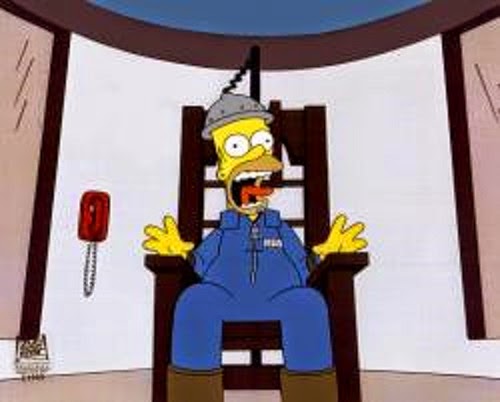 Only for the reason that I don’t want to be stuck with the bill for the funeral, I can’t see spending the money.

It’s not like he was a pet or a family member, he was only a clone, and I don’t pay to bury clones (or in-laws), they could burn the bodies and use the ashes as kitty litter for all I care.

I guess my biggest dilemma would be if I was to fall head over heels in love with my clone, I just wouldn’t know how to handle something like that.

I mean like what if he was the one who warmed my buns, the one who put the fizz in my soda and the one that makes all my parts the pastor played with when I was a young boy all warm and tingly?

Would we be able to bang, or would that be considered incest, or gay or possibly even both, I’m as lost as the kid on the back of the milk carton!

Is it legal to marry your clone, or is it frowned upon by all those “loving” folks who claim to do what’s in the best interest of their god?

You know those people who avoid cleaning up their own yards, and believe that by spending all their time telling you how to clean up yours they are guaranteed a spot in paradise. 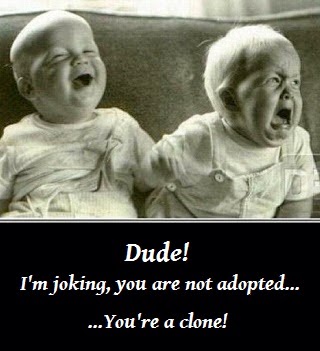 Since their god didn’t technically create the clone that should make it alright, it would be like marrying your imaginary friend, so no harm no foul…correct?

I don’t know, I guess we will cross that bridge when we come to it, either that or be shoved off that said bridge by some clone hating mofos who are always up for ruining someone else’s good time.

I know it would be tricky, and our relationship full of many obstacles regardless if we hump each other or not, but in all honesty I can’t frigging wait for the day when I have another me to pal around with. 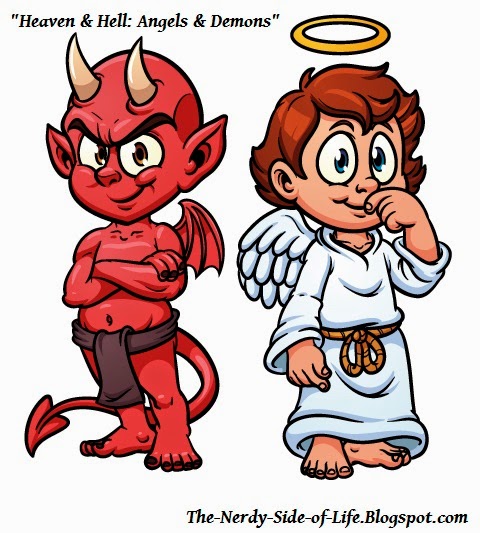 We have all heard about heaven and hell, angels and demons, at least some point or another in our lives.

Heaven is where all the good people go when they die.

They grow wings and halos and for some odd reason learn how to play the harp without ever taking a lesson whatsoever.

The whole time chilling out with all their family and friends, because of course anyone they cared about would be in heaven with them and not in hell with all the bad people, that is of course unless they are an in-law…especially a mother-in-law.

Hell is where all the politicians and people who are not just like us go when they die.

They grow horns and carry around pitchforks and turn all bright red like Caucasians with really bad sunburns.

The whole time partying it up in the sweltering heat while being surrounded by a bunch of nasty bitches and bastards, it’s kind of like living in Florida.

I just have a few questions that have been on my mind ever since the first time I've heard of these places, so I figured I would ask the ever so trustworthy and well-mannered people of the internet. 1. Why is heaven the place to be and hell where one would want to avoid at all costs as if it was the Walmart of the afterlife, isn't that all just a matter of prospective?

2. Do you think that demons ever get tired of lighting their own farts, it’s not like they really have a choice in the matter, and I’m sure after the first fifty times or so it has to get old?

4. Being familiar with humans as we are, do you think our soul is bounced back and forth between heaven and hell like some kind of supernatural volleyball game, until we die and one side or the other finally scores our soul?

5. Do you think that some angels have vacation homes in hell that they travel to when winter comes to heaven?

6. Was there ever a ”Romeo and Juliet” type of scenario between an angel and demon, or do they pretty much just stick to their own like the KKK?

7. A husband and wife die, one goes to heaven and the other hell, are they allowed to call each other, and if so are those calls considered long distance calls? 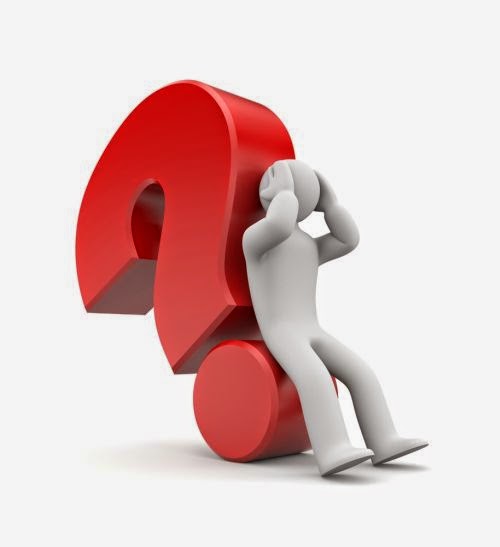 8. Heaven is supposed to be this amazing place, better than anything you could ever imagine.

I just don’t see how that’s possible, considering as an angel you are either hanging out on people’s shoulders opposite of devils trying to convince them to do the right thing or stuck being a guardian to some fool who isn't able to take care of him/herself.

Honestly that just doesn't sound all the great.

Well anyone care to step up to the plate and help me figure out these quandaries?